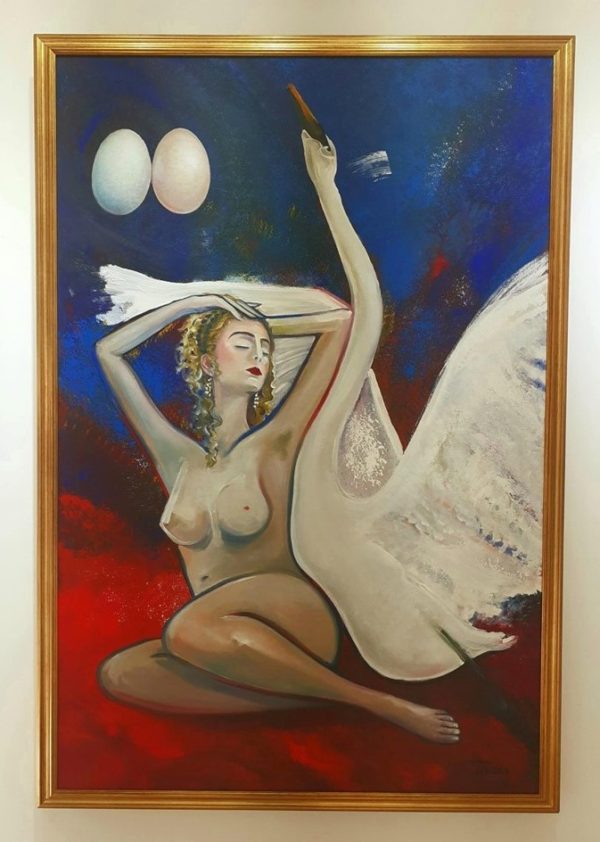 Tomas Hed – Leda and the swan

Leda and the Swan is a story and a subject in art from Greek mythology in which the god Zeus, in the form of a swan, seduces the mortal woman Leda.

Leda laid two eggs from which hatched Helen and Polydeuces, children of Zeus, and Castor and Clytemnestra, children of her husband Tyndareus, the King of Sparta. 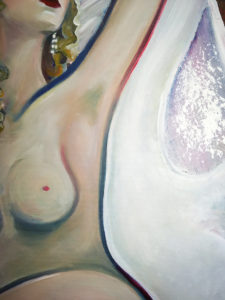 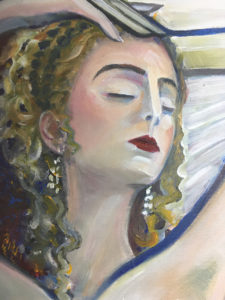 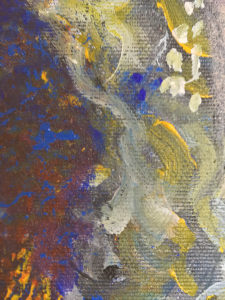 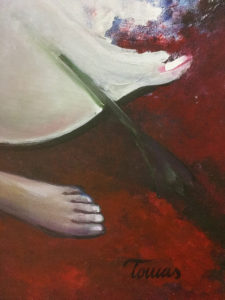 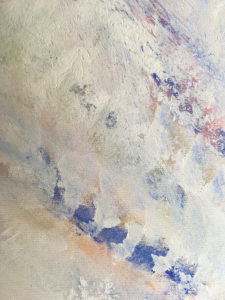 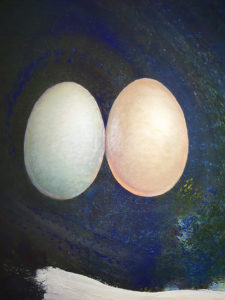 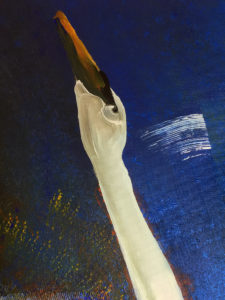 52: Artistic cravings with a twist by Esther Lafferty

Hed’s paintings are always colourful and characterful with an imaginative backstory. Although the ‘seduction’ is rather sinister in some retellings*, Hed’s painting reinterprets the softer approach to the story with sumptuous jewel-like colours and fresh white feathers, against which Leda lies: she’s a tasteful nude resplendent in her repose. Leda was the mother of Helen of Troy, the most beautiful woman on earth so legends tell, and you can see the genes in this painting: Leda’s face is framed by golden curls and pearl-drop earrings, the trace of a smile playing on rose-red lips, her fine form arching against the swans powerful frame. It’s a beautiful strong and timeless painting which would look great against crisp white walls or the golden limestone of a Gozitan razzet.

What I find myself particularly drawn to, however, is the small sequence to the right of the main piece; each a re-imagining of the larger painting in different styles, and for me they’re a fascinating illustration of the way an artist’s work can turn and twist whether that’s into vivid evocative gold and white brushstrokes of abstract expressionism or a crisp and geometric modern abstract.