“Imagination is the preview of life’s coming attractions.”
― Albert Einstein
The two driving forces of my imagination are sex and art. The most authentic articulations of who I am can be found in those two modes of expression: Siamese twins of creativity, each one influencing the others colour, nuance, and texture.
It wasn’t always thus, of course. As a young girl in Mtarfa I could scarcely conceive of a life crammed so full of magic. It wasn’t until I met my husband that my flower began to blossom. Working alongside him into the early hours, assisting with his paintings and his funky collages, there was a seed planted that quickly began to grow inside me.
It wasn’t long before I started doing my own thing, albeit coloured by his exotic background.
The other influences on the development of my work include Richard Brautigan, Prince, Maurice White, Milan Kundera, and Curtis Mayfield. 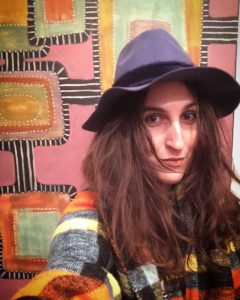