Deciphering the abstract of the Gozitan landscape

Some of Jamie F’s works on display at Arthall in Victoria.

In British artist’s Jamie F’s words, “artists are the archaeo­logists of the future tense extracting meaning from the very edges of reality”.

His exhibition of photographs at Arthall zooms into the geo­logy of Gozo, creating abstracted landscapes out of microcosmic features that suddenly stand out as valleys, crevasses, outcroppings and lakes.

We tend to walk upon these habitats, not giving a care about the beauty in the colour, texture and meanderings of formations beneath our feet that took millions of years to take shape. 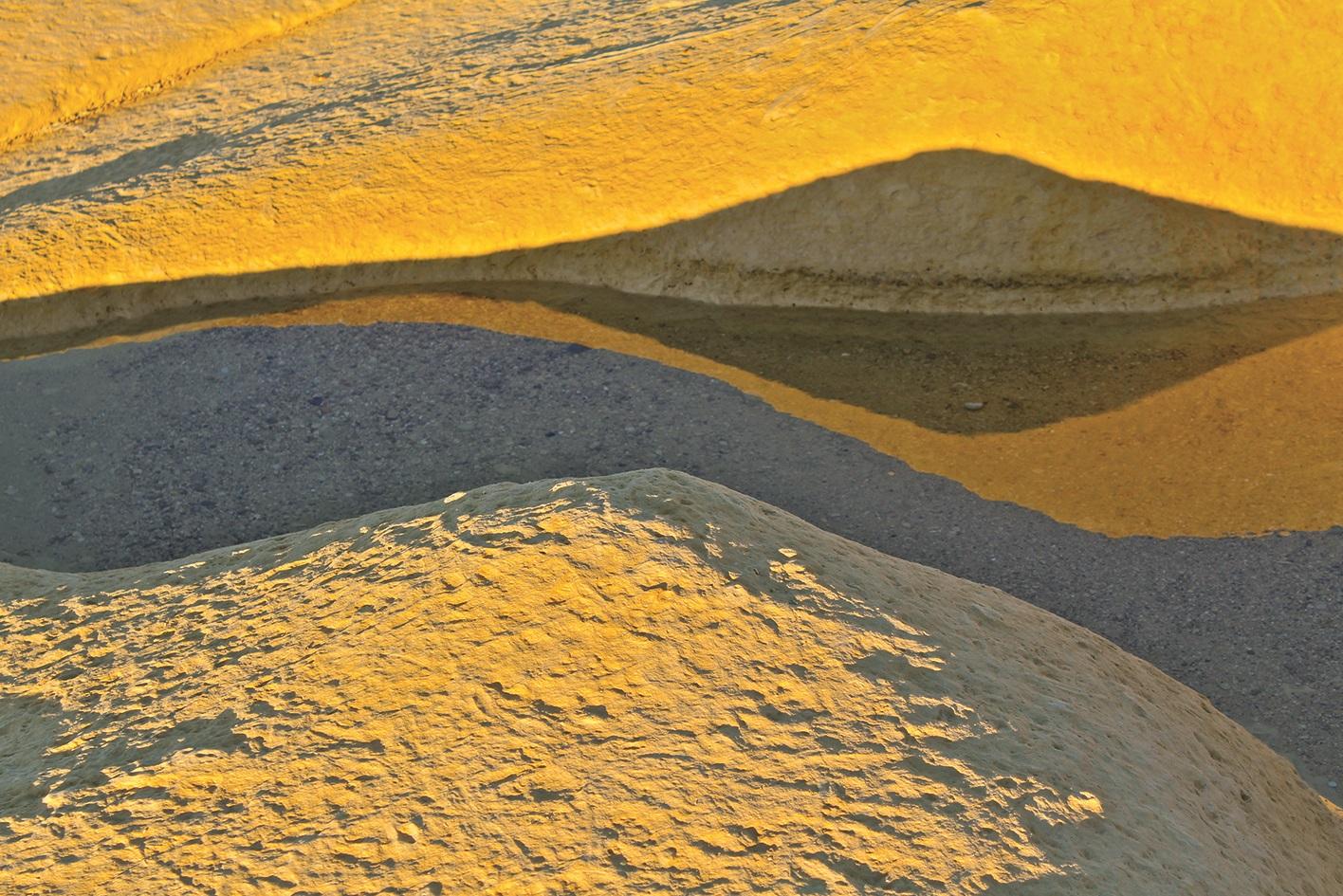 There is a sense of fragile solidity in Jamie F’s work, a monu­mental documentation of habitats amid the realm of fossilised limestone. This intimate architecture of the land sings and resonates, inviting us to be close and personal, while reimagining possible narratives and adding more legends to an island that flourishes in them.

In these works, one imme­diate­ly notices, with the exception of mosses and lichens, the striking absence of flora and fauna. The only flow is that of puddles or rivulets of water; otherwise, time stands still as geology compartmentalises it not in hours and days but in centuries and millennia. These natural configurations have withstood the test of time; they have experienced earthquakes and upheavals that occurred at a time when no proto human had as yet attempted to colonise the island. The sun has been striking blindingly and the rains have been eroding and eating relentlessly into the physical layers since time immemorial. 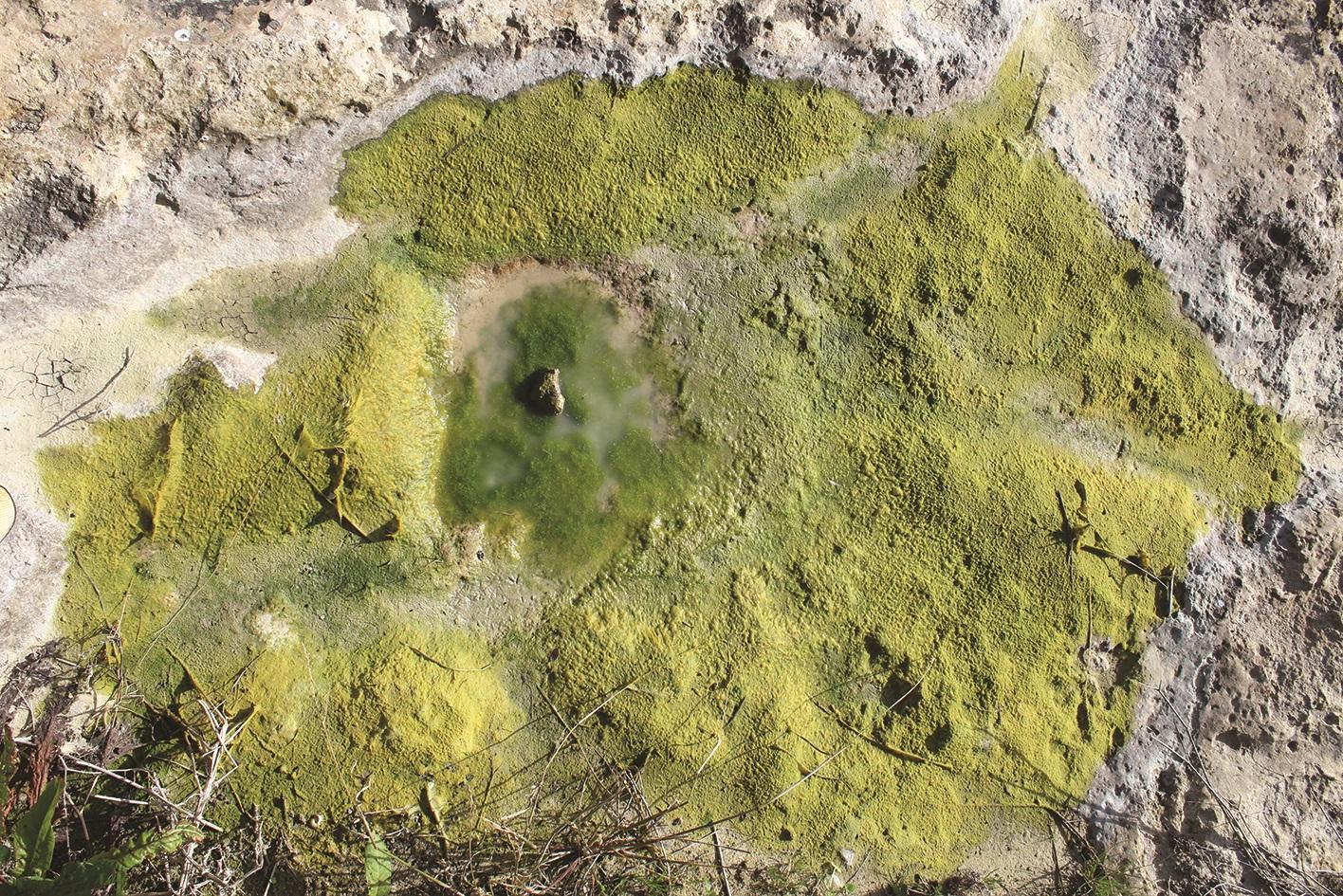 American photographer Brett Weston (1911-1993), son of one of the giants of world photography, Edward Weston (1886-1958), looked at finite spaces, geological and biological, with a viewpoint of flattening plane and layering space. By eliminating context and circumstance, the American photographer diluted the representational and opened the gates to abstraction.

Jamie F’s lens work similarly invites us to recontextualise solidity and fluidity, in fact, reality itself. Nature mirrors itself through its own flux: the shape of spiral galaxies can also be encountered in seashells, as the macrocosm reflects the microcosm, just like a few square metres of weathered limestone, indentations and all, shares similar dynamics relevant to the whole expanse of a sprawling landscape. Albert Einstein tasked us to look deep into nature to understand every­thing better. 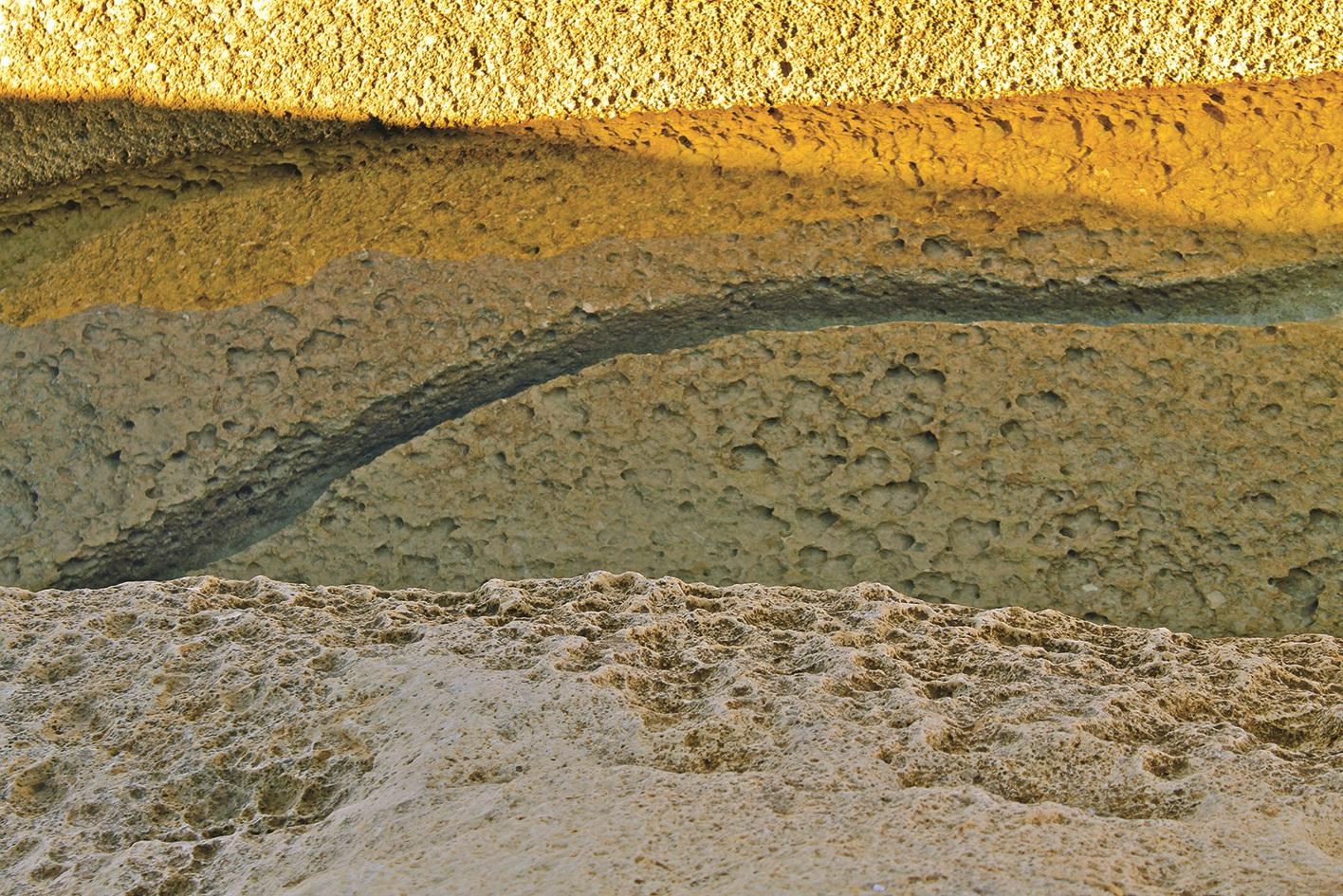 “Jamie F’s lens work invites us to recontextualise solidity and fluidity, in fact, reality itself”

In some cases, Jamie F integrates his silhouette into the composition, thus grounding the particular work to a world where a sun, or a strong incident source of light, shines. This adds narrative value, evoking Jasper Johns’s cycle of four works thematically linked to the four seasons. Jamie F’s silhouette is in the act of snapping and freezing the moment in time when the camera shutter clicks. The humanoid shadow, two arms upheld in a photographer’s stance, takes on the role of the narrator, the storyteller, who is part and parcel of the creative process and who is the protagonist-creator.

Johns imprinted the same grey silhouette throughout the series, representing himself. Seemingly unsteady and slightly angled to the left, the motif is repeated twice in Fall while, in Winter, it threatens dissolution and evanescence. One thinks of high summer in the well-defined image of Jamie F’s body onto the Gozitan bed of honeyed stone.

According to the exhibition’s mission statement: “This exhibition is a celebration of the underlying mystery that is the soul of the island of Gozo.” 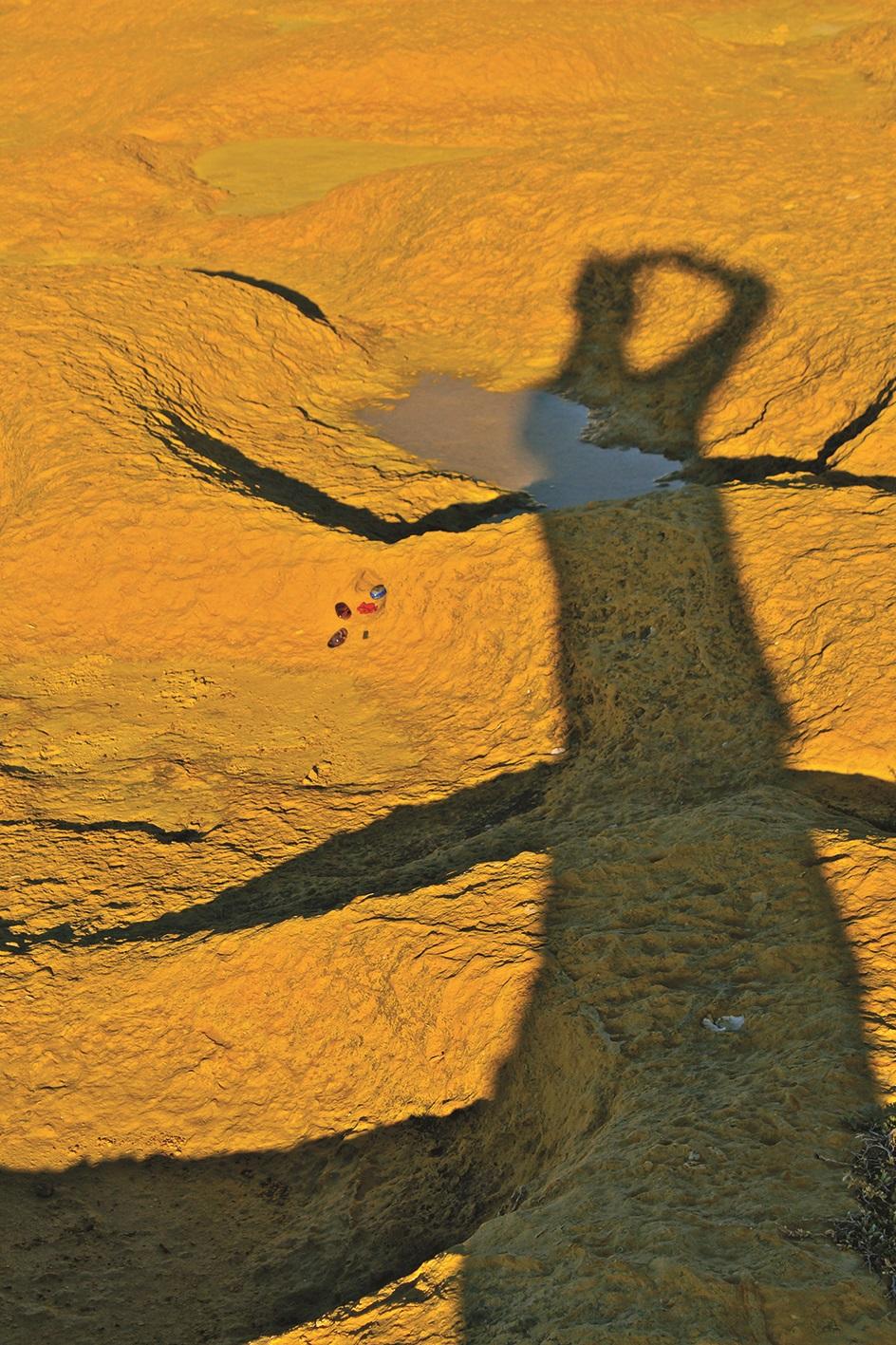 The ordinary becomes the extraordinary; these works are documentations of the artist’s walking trips, of accessing remote spots that have largely laid unperturbed by human activity.

Landscape and abstraction do not work in opposition but relate to and complement each other, thus reinventing Gozo through the flourish of alternative perspectives originating from its very innards, from its fundamentals, from its inherent geology and stratigraphy.

He celebrates its tranquillity amid the ever-changing humours of the body of water, the Mediterranean Sea, surrounding it and that threatens to overwhelm it.

Gozo, through the details of its coves and its beaches, through its legends and tales, allows the artist to access the “deep-seated beauty inherent in the world”.

Abstract Gozo, curated by Marta Obiols Fornell and hosted by Arthall of 8, Triq Agius de Soldanis, Victoria, is on until June 12. Consult the event’s Facebook page for opening hours. 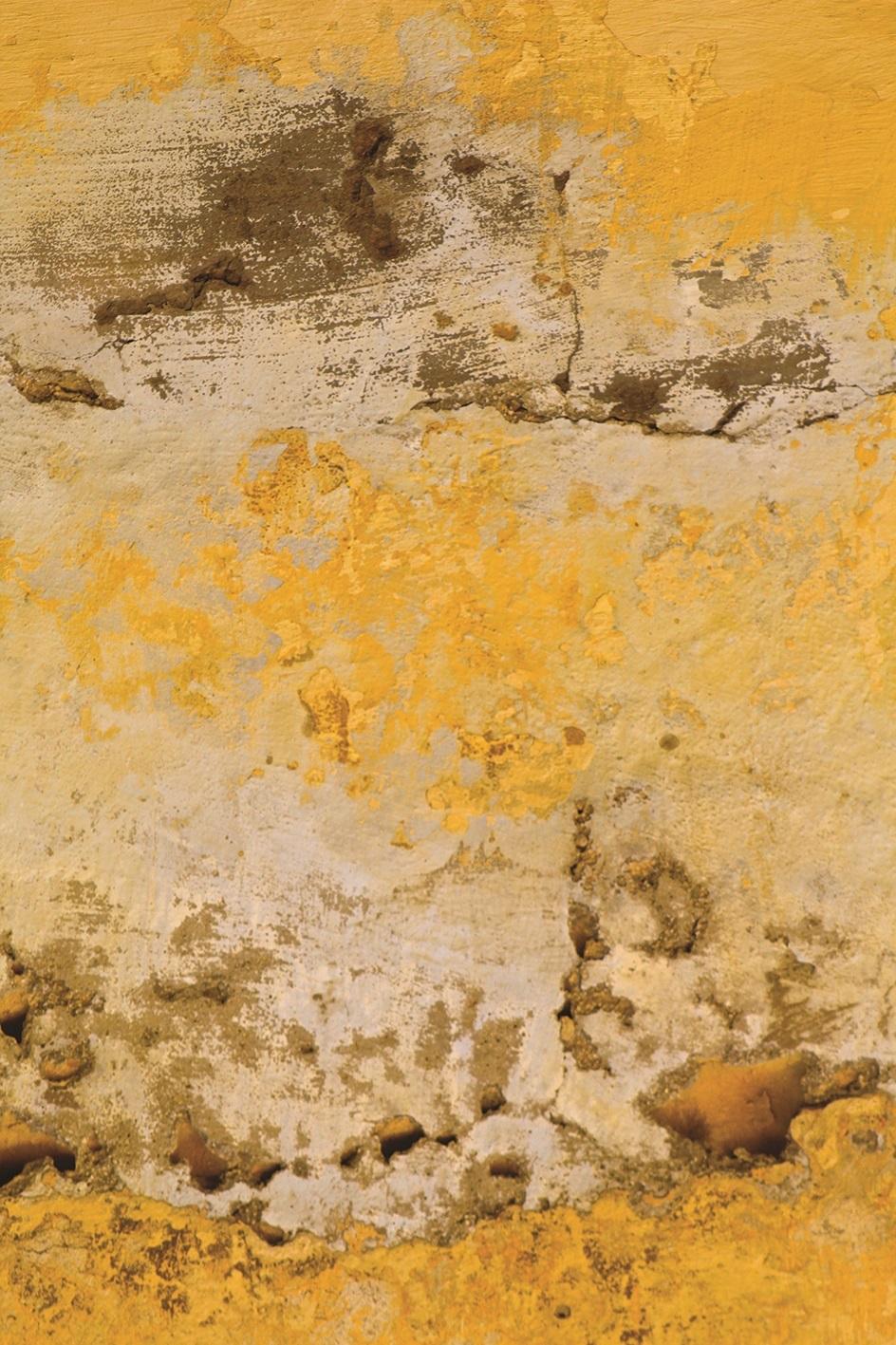