Macbeth – A monologue by David Clark at Arthall, Gozo

Macbeth – A monologue by David Clark, will be taking place tomorrow, Sunday, the 22nd of January, at the Arthall Gallery in Victoria. 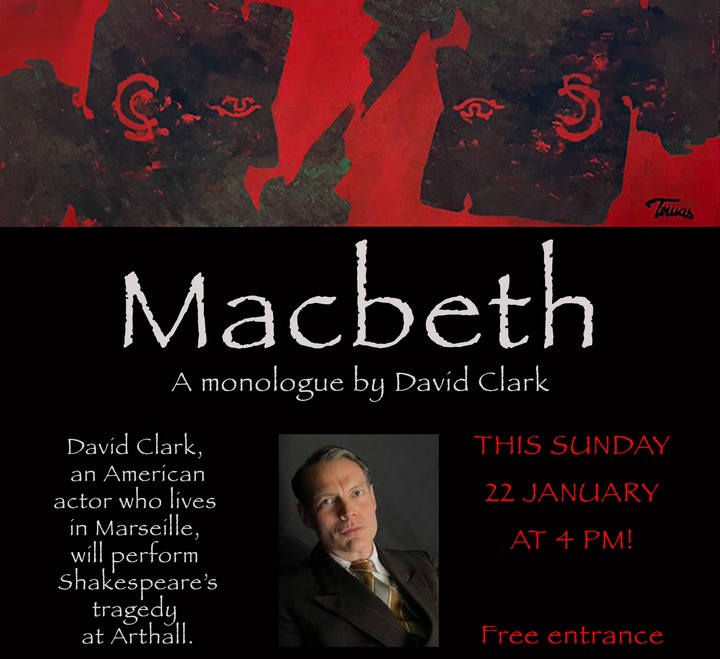 David Clark, an American actor who lives in Marseille, will perform Shakespeare’s tragedy at the gallery in the format of a monologue.

Macbeth dramatises the damaging physical and psychological effects of political ambition on those who seek power.

The performance will start at 4pm, the gallery is located at 8, triq Agius de Soldanis.

Clark said, “an American actor trained at the Beverly Hills Playhouse, living in France since 2005. While in Europe both in France and in Czechia, I continued to have the good fortune of working in cinema, television, and when I’m really lucky, theatre.”

He added, “always working at bettering myself as an artist and a person, I teach workshops for young artists and work as a casting assistant to help out behind the camera.” https://davidraymondclark.wordpress.com/