Artists come together on the ‘eve of the change’

The term Splénétique was used in 19th-century Romantic literature, but it was the French poet Charles Baudelaire who was responsible for popularising the term, ‘spleen’ in English, with his 1869 book Paris Spleen. It refers to a particular kind of boredom, melancholy or sense of meaninglessness.

Spleen’s artists explain how the concept seemed pertinent to the unusual times brought about by COVID-19.

“Aware of the contradictions within ourselves, our feelings, wants, rationality, etc., we will raise the concept of ‘spleen’ in these times when we have to close our doors, greet with gloves and smile through masks. We resorted to this concept to present an exhibition that exposes the prison of our subjectivity, the endless repetition of a meaningless path, the ugliness of modern life with its ennui and boredom and insatiable melancholy. Yes, there’s always room for hope, since the ‘spleen’ is also creative and longing for new ways of expressing, communicating and reaching out again to others. It’s the eve of the change.” 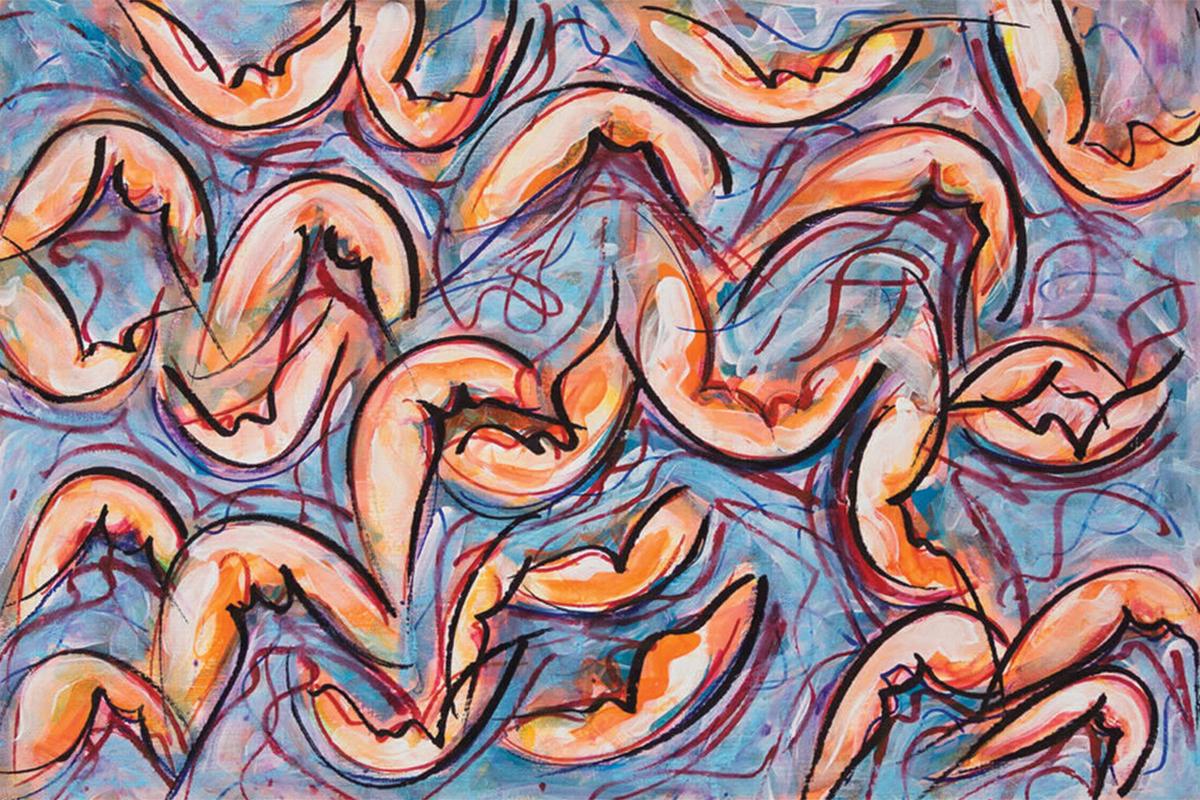 Stiefnu De Battista was born in Malta in 1985. He studied at the De La Salle School of Art in Valletta under the tuition of Michael Mifsud  and later continued his studies at the Salvatore Dimech School for Art and Crafts (Tarġa Gap) in Mosta. He subsequently attended lessons under the tuition of renowned artist Twanny Darmanin.

In 2006, he completed a one-year course in fine arts at the Malta School of Art under the tuition of Alfred Caruana Ruggier.

In 2007, De Battista was declared winner of a ceramics competition launched as part of the Medpot Project promoted by the Comune Di Sciacca in Sicily and received a one-month scholarship in Sciacca. He is presently working on commissions and developing his work through an experimental and contemporary approach. 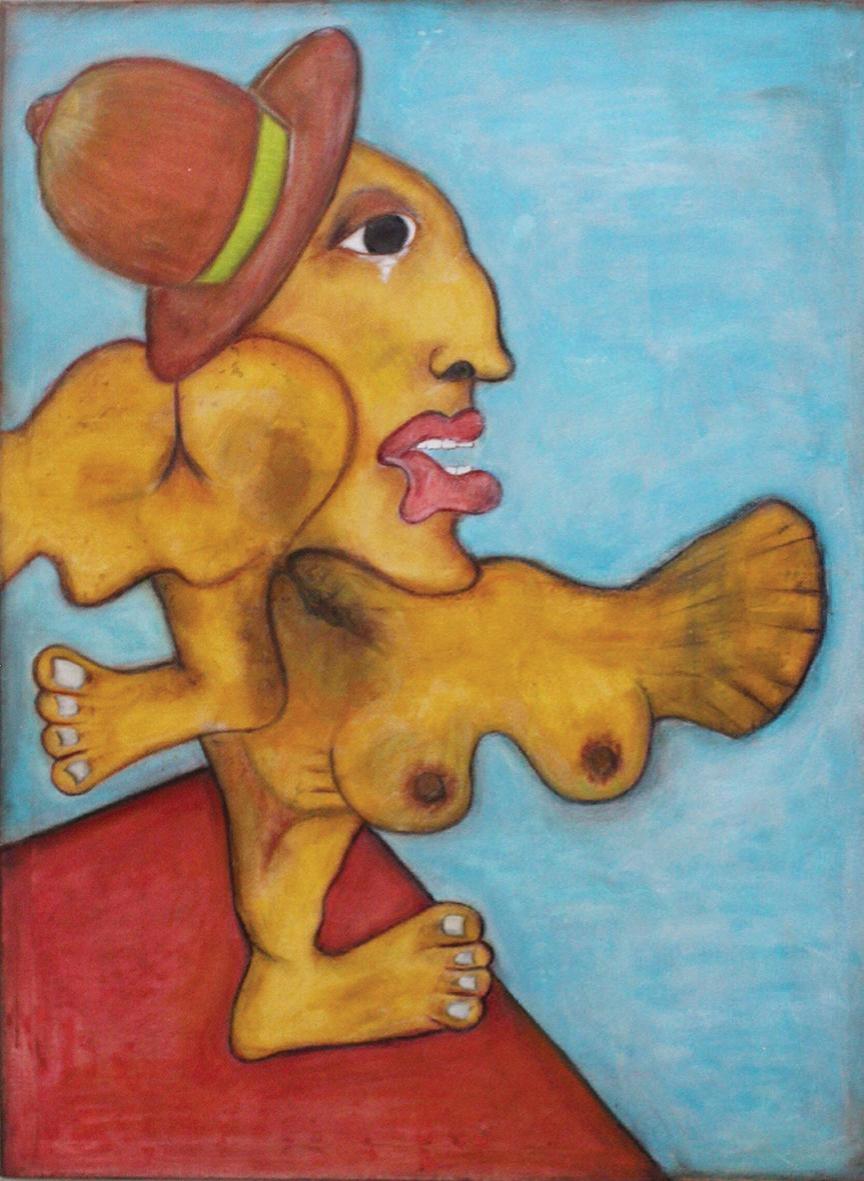 Or Just the Words I Tell it With by Harrison Levi

Harrison Levi hails from South Africa, by way of England, where he lived for nearly two decades. He currently resides in Gozo, but it’s really the cross-pollination of the profuse and fecund ecosystems of Johannesburg and London that inform his work.

Levi has always been fascinated by the classic science-fiction scenario of humans versus robots at the nadir of the apocalypse, which he has always understood to mean the clash of heart versus head, emotion versus intellect, feminine versus masculine and humanity versus technology.

This has always been the crux of his work, bursting with provocative colours and his penchant for symbols, as he wanders through a landscape littered with memories and regrets, and a melancholic hope for something better. 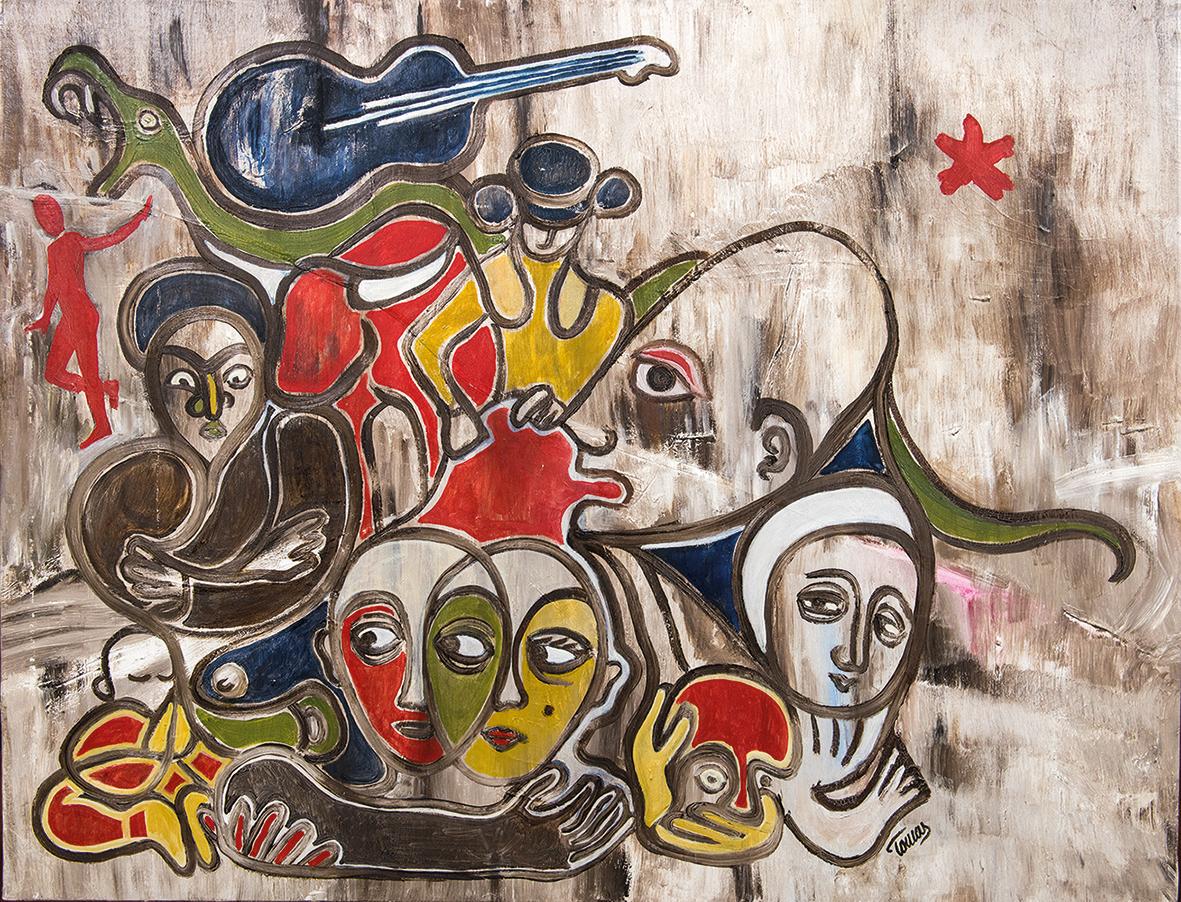 Tomas Hed is originally from Sweden, but lives in Gozo, where he lets his imagination and creativity go wild. Here he has found a place to exploit his talents: composing music, writing and, of course, painting.

He worked for many years as an art director in Stockholm, with his own studio in Gamla Stan, the old part of the city. In his youth, Hed flourished in an artistic atmosphere, living in a community with other artists. His father was also an artist and he has, therefore, always been around paint and canvases.

Always polemical, provocative and with strong opinions, one cannot be indifferent to his creations. The spirit of his art is inspired by an indomitable character, with a special obsession for challenging values, or “bubbles” as he calls them, of our daily life.

Spleen will run from July 10 to August 31. Opening hours: Wednesday to Saturday from 10am to 1pm and 5 to 7pm and Sunday from 10am to noon. Due to the uncertain circumstances, there will be no opening night. However, the artists and the gallerist, in addition to the opening hours of the gallery, will be available by appointment. For more information, contact Marta Obiols at arthallgozo@gmail.com or call on 7705 1564. Visit arthallgozo.com or www.facebook.com/ArtHallGozo or in person at Arthall, 8, Triq Agius de Soldanis, Victoria.