Easeful Death
written by Marta Obiols Fornell and translated by Mark Montebello, is available from Horizons

Easeful Death is a short novel, or rather a long narration, of a little over 70 pages, with a preface by the translator himself, Fr Mark Montebello. The title of the book references a verse from the poem by John Keats’s Ode to a Nightingale, “Darkling I listen; and, for many a time, I have been half in love with easeful Death…” 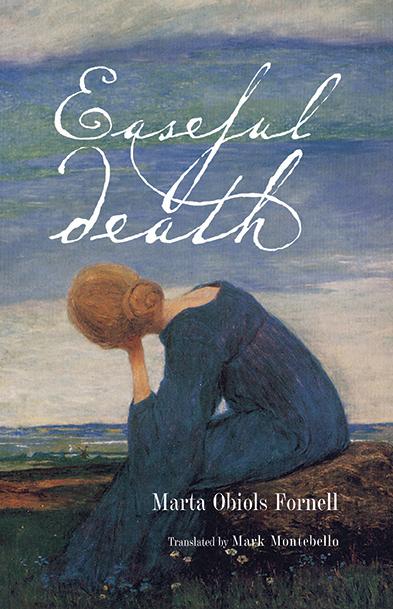 This piece of work by Marta Obiols Fornell, who is originally from Catalonia, Spain but who presently resides in Gozo, could be regarded as a blended mix of philosophy, spirituality, erotica, Oriental religions and nihilism. Amanda, being both the central persona and the narrator, is a 20 year old philosophy graduate who falls in love with her tutor Martin, 40 years her senior.

There is also the priest, Michael, who is there to listen to Amanda, while giving her a word of advice when confronted with moments of existential torment, uncertainty and solitude.

A character who, at the end, shocks the readers by refusing the values of poverty, chastity and obedience on his eleventh-hour.

Obiols Fornell reflects on the desire for death, with love acting as the sole force against it, and life as a predestined suicide set in motion from the very beginning of time.

She writes of the pain brought about by solitude and the need for someone who hears you while empathising with you; the need to grow emotionally and be independent; and the war between customs and traditions which have been ongoing for centuries.

She looks at particular behaviours, thoughts and attitudes which break with the rigid schemes of the older generations; the war between the conscious humiliating the ‘ego’; and those passions which intensify one’s life.

Easeful Death also explores the fire which shows the way to God and the fire of carnal passion, and the separation between living life according to God’s will or else as dictated by the church as an institution.

It can be read as an intimate diary or a silenced cry of the soul in search of meaning and answers to these different topics and is reminiscent of Being and Nothingness by Sartre or even The Unbearable Lightness of Being by Milan Kundera. It is only 70 pages long, but these few pages offer the reader a challenge to look within himself and risk climbing up to see with his own true eyes a never-ending abyss.